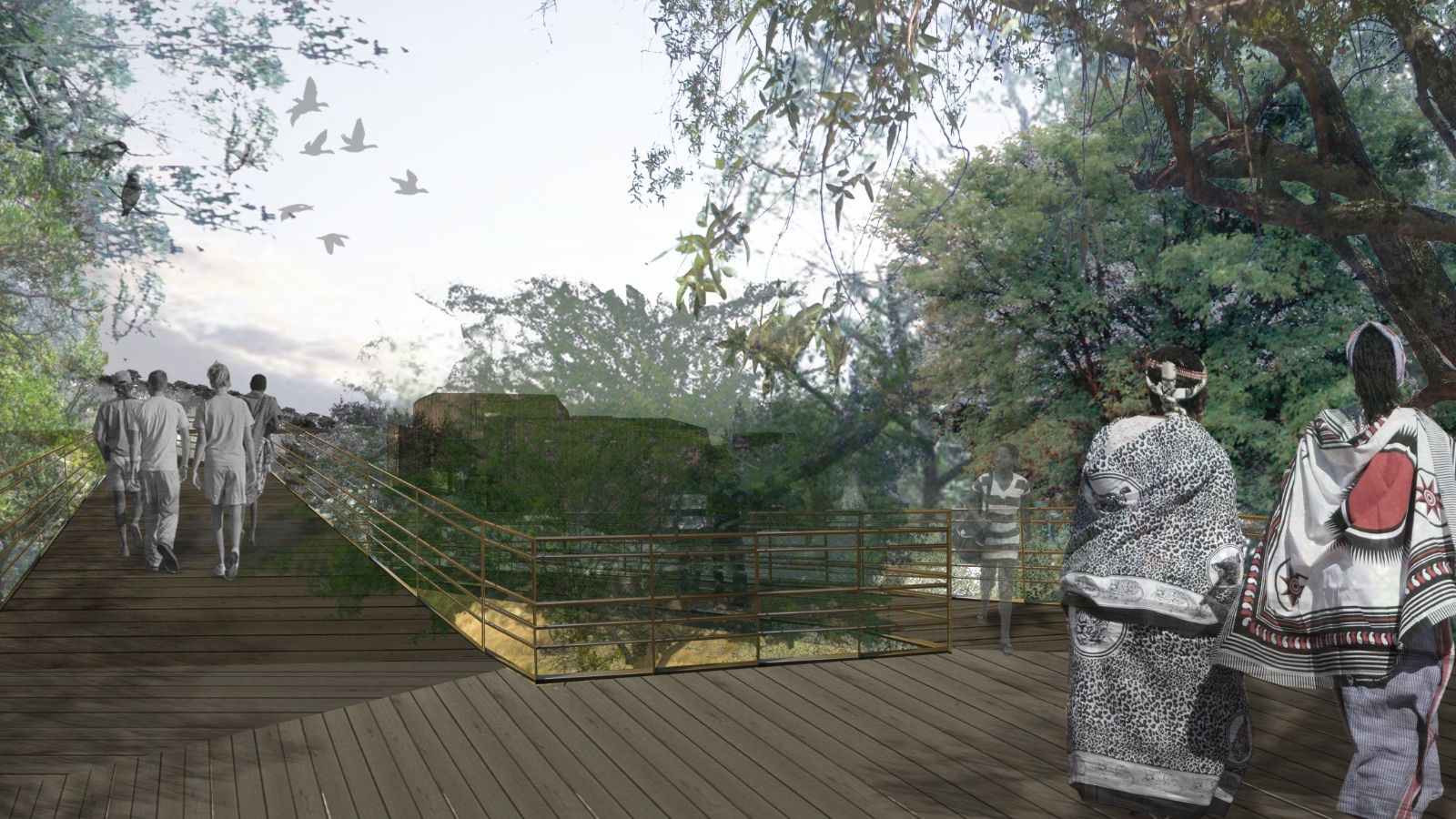 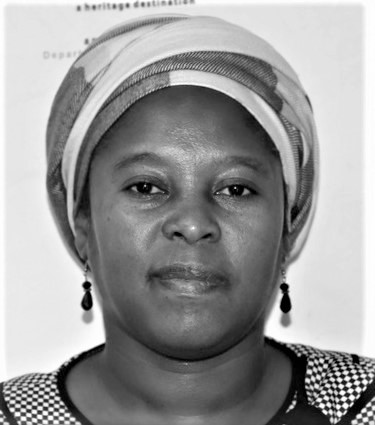 Ms Jane Mufamadi is the Chief Executive Officer of Freedom Park, an agency of the Department of Sport, Arts and Culture. Jane has a master’s degree in psychology from the University of Venda and is currently busy with her PhD in African Studies. Ms Mufamadi worked as a Junior Lecturer at the Department of Psychology and later as Director and Senior Lecturer for the Centre for Indigenous Knowledge Systems at the University of Venda. She has worked closely with traditional healers, traditional leaders, and other Indigenous knowledge practitioners from diverse communities.

The unwavering thinking of Indigenous knowledge systems (IKS) actors is that they would like to see these systems retain their inherent character yet accommodate emerging expectations driven by the changing context of our world. For IKS to be resilient in the face of such tension requires that they be sufficiently stable and can retain their integrity and identity, yet be reflective and cautiously responsive to societal 'demands' such as Western-oriented design approaches. Using resilience theory as the nexus between IKS and Western-oriented approaches, the article seeks to demonstrate the value of resilience theory in creating the context for designing a system that is able to adapt and change through reorganisation, yet allowing it to retaining its stable state (Fabricious et al., 2004).

Therefore, it is intuitively compelling to assume that resilience is beneficial for a social-ecological system of which the IKS is part.

Understanding indigenous community perceptions of the value of the forest, or animal or plant species, is critical in developing and designing landscapes for various purposes. Oral tradition and diverse literary sources indicate that indigenous African people have for centuries been performing rituals for different purposes at different landscapes like caves, rivers or water features, or around certain trees, which are considered sacred sites. Spiritual spaces are also created in homesteads.

The significance of the landscape is reflected in various aspects; for example, in the Nguni version of the story of creation, as reflected at Freedom Park.

‍Umvelinqangi, the Creator, instructs human beings to be merciful to all living beings, including plants and animals.

This myth informs how Indigenous people interact with the environment, like harvesting herbs for medicine. A ritual will be performed before harvesting to appease the plant for the disturbance and ask the plant to 'share' its healing powers for the sake of the patient. The harvest would then be done to ensure the plant recovers and regrows.

Another aspect related to landscape design in proximity to Indigenous communities is that certain plants are taboo when planted next to where people live because the plants cause conflict or bring bad luck to people. Therefore, every plant, animal, boulder, river, or spring carries a message or lesson from an Indigenous perspective. The knowledge and understanding of flora and fauna are not just for survival but part of an integrated system and philosophy that offers spiritual, moral and practical aspects.

Understanding the Intricacies of IKS: The Case of Freedom Park

Freedom Park illustrates a collaborative approach between designers, developers and indigenous communities. The architects and landscape architects encompassed ideas that arose from rural architecture, traditional homestead designs and layouts (Figure 1) and Indigenous knowledge systems in general. The plans were influenced by unique and symbolic architectural, urban formations and landscape structures from sites across Southern Africa, like Mapungubwe (Figure 2), Great Zimbabwe and the mountains in the Free State Province of South Africa. The design challenge was to search for essential and universal qualities in architecture that resonate with diverse population groups and belief systems (Mashabane Rose, 2016).

The design and development process were part of the ongoing conversation about African architecture and what symbols are appropriate to the project. The biggest challenge was doing this in a manner that did not ring false or hollow; in a way that did not compromise but enhanced the quality of architecture while remaining aesthetically pleasing and attractive.

Essential elements such as stone, water, fire, indigenous trees and plants were referenced by the designers throughout the design process. There was also decisive and tangible respect for the hilltop site's cultural, historical and natural landscape. IKS offered clues to the form and spaces of the project as the process unfolded.  The idea of a series of boulders surrounded by healing plants, fore instance, became the primary idea of the //hapo (museum building) design (Figure 3).

Plant materials specified around the buildings also helped in this regard. Indigenous healers, who chose plants with healing and properties, worked with the landscape architects to specify plants which are of medicinal and cultural value (Figure 4).

According to Rose, "The design of [//hapo] took place by finding images through conversations about indigenous ideas – a process that resulted in a truly unique structure" (Mashabane Rose 2016). Copper sheeting was chosen because it is an African mineral, and when exposed to the elements, it changes colour and blends with the natural environment (Figure 5).

The architectural and landscape design is consistent with Southern African Indigenous cultures, using the creation story as a knowledge base within which symbolism is drawn. For example, the African creation story suggests that human beings came from reeds. The reed, considered a conduit to life, was used as a sculptural element to frame S'khumbuto (Figure 6) and to express a connection between the earth and the sky. Natural reeds were also used in the Isivivane and Tiva Origin water features to emphasise this connection. Their location and design consolidates the relationship that Freedom Park has with the landscape and the shape of the hill, which is a negotiation between human beings and nature.

The conversation between architecture, landscape, content, and narrative creates a coherent story and testifies to the fact that Freedom Park was conceptualised and designed with an African heart rather than an African theme.

The Park reflects the spirit of Indigenous African architecture without turning it into a themed place that rings false. It was important that the project's narrative express truth and integrity.

Landscape architects, architects and developers need to understand that Indigenous people's relationship to the land is multi-layered, encompassing personal and collective memory, history, heritage, philosophy and spirituality. This understanding has been shaped over time through learning, trial and error and experimentation. Furthermore, it cross-cuts the scientific disciplines of biology, botany, geography, and cosmology (Augustine 1997; Berkes 2012). Indigenous beliefs, taboos, norms and knowledge play a critical role in conserving biodiversity and landscapes because they rely on intimate understandings of local flora and fauna and other local resources.

A collaborative approach to the application of Indigenous knowledge by architects and landscape architects to design projects is therefore needed. Given the growing prominence of integrated landscape approaches for addressing sustainability and climate change challenges, strategies that incorporate indigenous knowledge systems into landscape architecture and design projects are of vital importance. These approaches will consolidate how social, natural, and cultural traditions and diversity play a role in landscape conservation. Indigenous belief systems and practices should form the bedrock of these initiatives.

Spruce, D.B. 2008. The Land Has Memory: Indigenous Knowledge, Native Landscapes, and the National Museum of the American Indian. University of North: Carolina Press

Figure 1 and 2 - Courtesy of Graham A. Young 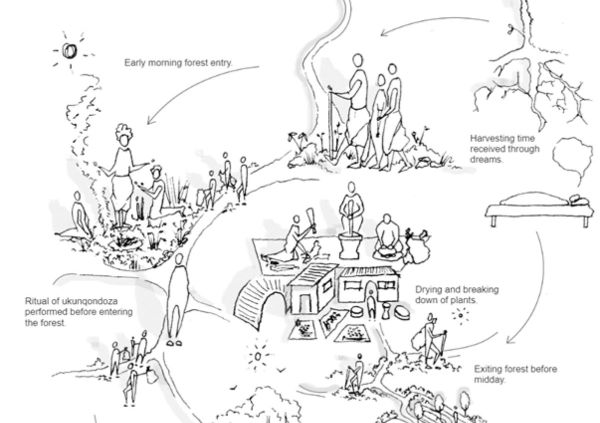 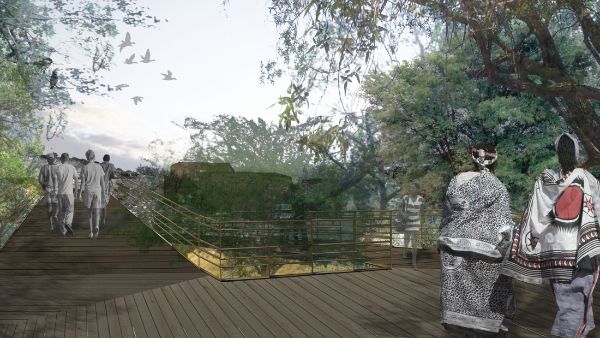 Not the Master's Tools: Learning from the Great Zimbabwe Landscape 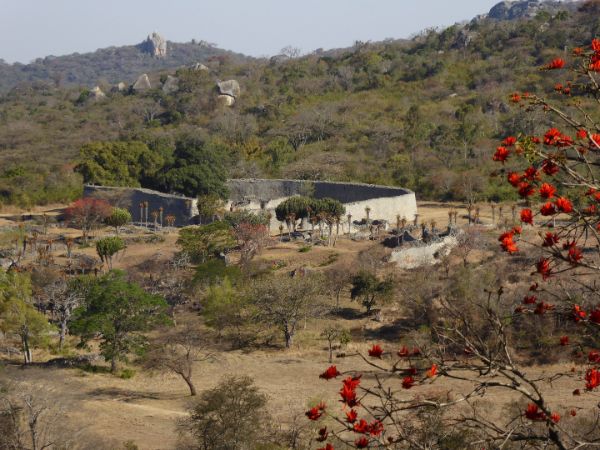 Myths and Metaphors of the Yorùbá Landscape 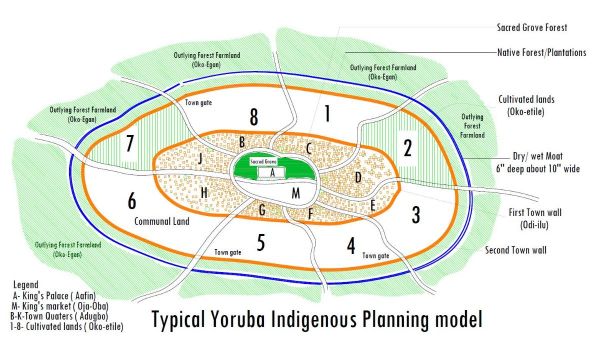 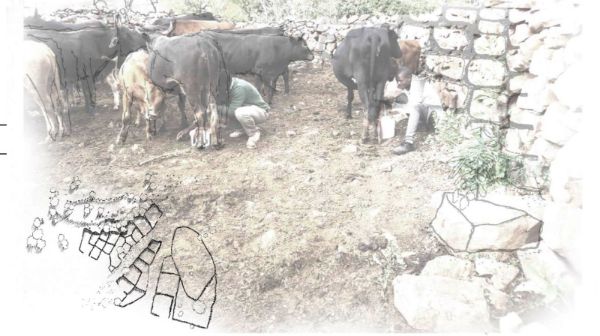 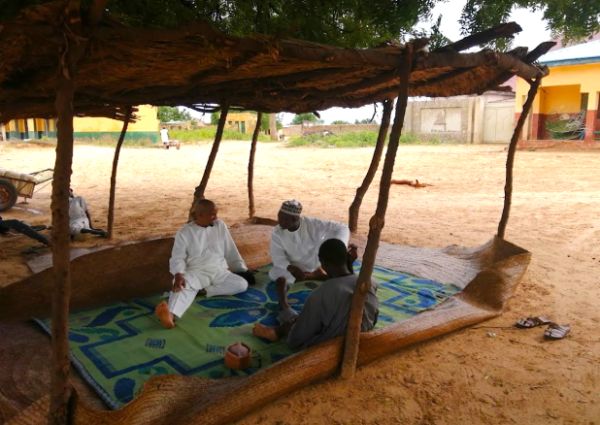 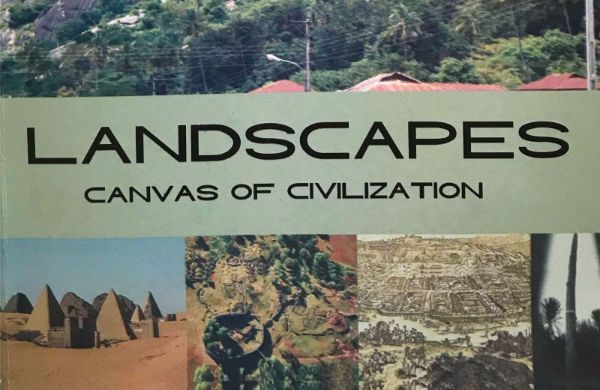