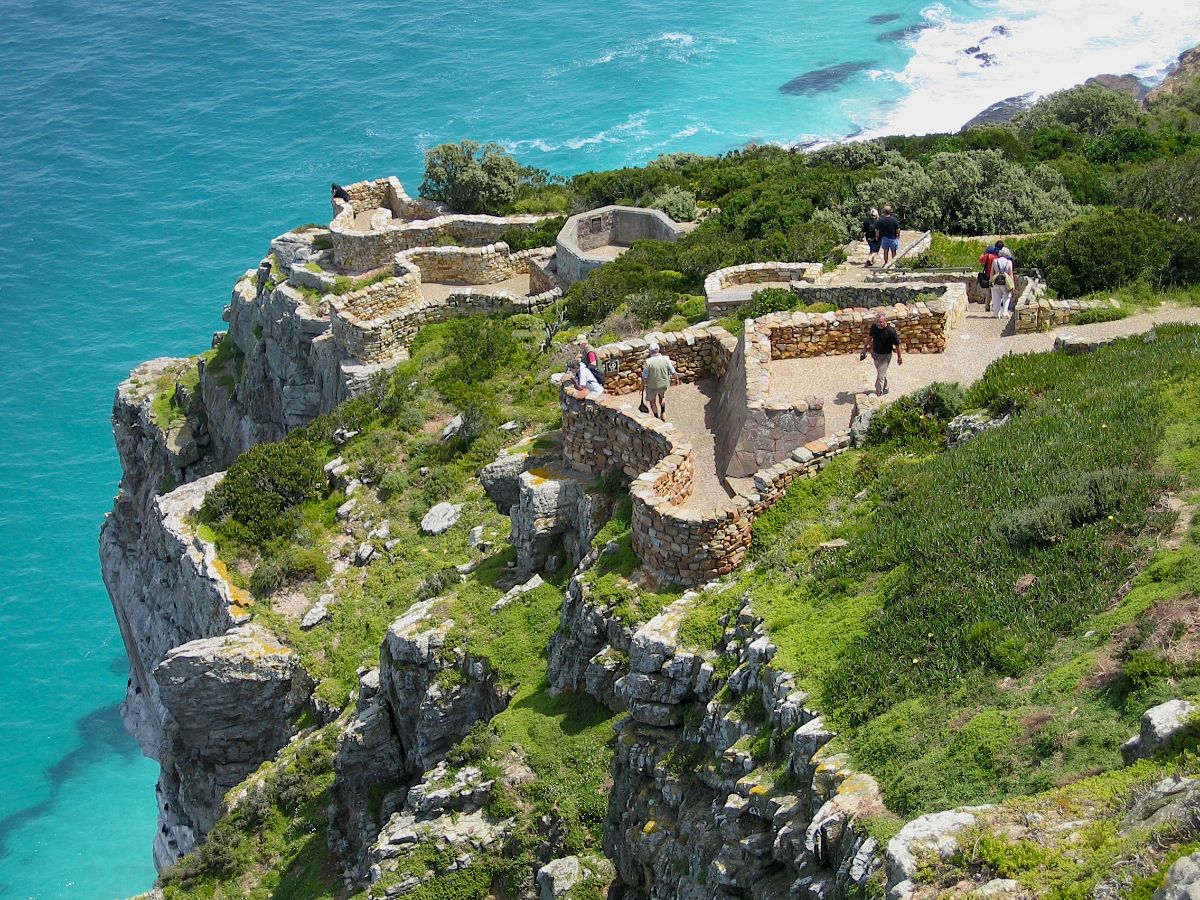 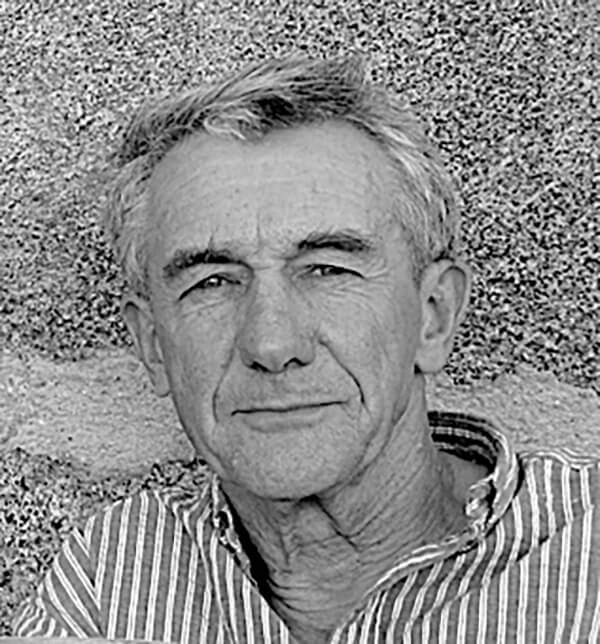 Bernard has an architecture degree from the University of Cape Town (UCT) and a Master of Landscape Architecture degree from the University of Pennsylvania. He and Johan van Papendorp founded OvP Associates in 1983. He is currently an independent landscape and environmental planning consultant. Bernard also headed up the Master of Landscape Architecture Programme at UCT at its inception.

It can be said that the difference between architects and landscape architects is that the former tend to be preoccupied with building form, while the latter see buildings as a detail in the larger landscape or townscape. In this opinion piece, I argue for a context-sensitive approach where the hand of the designer is sometimes invisible, particularly when it comes to iconic landscapes – the theme of this issue.

Many have alluded to the relationship of buildings to the landscape. Frank Lloyd Wright is credited with saying that buildings should not be 'on' the land but 'of' the land. He once wrote that:

“No really Italian building seems ill at ease in Italy. All are happily content with what ornament and colour they carry, as naturally as the rocks and trees and garden slopes which are one with them. Wherever the cypress rises, like the touch of a magician’s wand, it resolves all into a composition harmonious and complete." (Frank Lloyd Wright, 1998).

He believed that the secret of this harmonious order was the organic character of buildings and settlements responding to the patterns of nature.

Architectural colleagues of mine, who design houses in the regional idiom of the Cape, have said that a newly constructed building is successful if it looks like it has been there for fifty years. In other words, the building should sit comfortably in the fabric of its surroundings without needing to draw attention to itself.

Those who are familiar with Christopher Alexander's writings will be aware of his philosophy relating to incrementalism, where design is seen as adaptation to local conditions in an unfolding way over time. 'Context-sensitive' design relates to a respect for what exists and revealing what is already there. Building form is therefore derived without conscious or deliberate imagery, but rather from a process of differentiation adapted to the terrain. Furthermore, he states: "the obligation of the building is to help the street", (Alexander, 2002), or I would suggest in the case of landscape design, to improve or heal the site.

I recall a talk by New Zealand landscape architect, Diane Menzies, where she described land as a resource, the landscape an idea, both material and symbolic. In other words, the landscape can be both physical and metaphysical. Iconic landscapes may have both visual attraction as well as mythic, traditional, or spiritual meaning, which imbue the place with a special identity or 'sense of place', as in the case of three sites with which I am familiar, discussed below.‍

Table Mountain is probably one of the most visited and photographed landforms in the world – a relic sandstone bastion that rises from the coastal plain, at the same time cradling the City of Cape Town below. It is steeped in myth and legend.

The high sensitivity of the place meant that previous inappropriate structures on top of the mountain had to be demolished and new walkways and viewing opportunities provided for visitors who wanted to experience the views over the city and the bay. A series of decks were used to minimize trampling of the sensitive flora on a highly trafficked site. The landscape design intervention as a whole was focused on heightening the visitor experience without competing with the iconic landscape setting.

At the southern end of the Cape Peninsula, the most south-western point of Africa, a narrow buttress of sandstone juts into the Atlantic Ocean, steep cliffs are carved by the action of the sea, eloquently described below by Barrie Gasson in EPM Journal:

"This landscape, built from a simple geology, mantled in parts by thin, sandy, stony soils, is water-worn, wave-battered and wind-buffeted; it is rocky and craggy, cliffed and terraced, chiselled and crenelated, bleak and threadbare. It is a very tough old wedge of land with a clear and simple architecture…."

Cape Point, which now forms part of the Table Mountain National Park, is also a major visitor destination. From about the 1990s, the increasing pressure of local and international visitors, was beginning to tell on the fragile flora. The brief to the landscape architects therefore was to upgrade the parking facilities, walking trails and lookout points without intruding on the rugged wilderness qualities of this iconic landscape. There was also a need for a restaurant, the design challenge being avoidance of visual intrusion and commercialisation of the pristine landscape.

The design approach was one of demolishing redundant structures and heightening the experience of the dramatic landscape for visitors by means of attractive trails and lookouts built from the local stone. Another design decision was that there would be no freestanding street furniture to minimize visual clutter in the primordial landscape. Therefore, benches and information signage were built into the stone walls.

The landscape architects played a strong role in guiding the architects with the design of the new restaurant and curio shop. To avoid buildings on the skyline, the restaurant was built below the level of the parking area, using the slope to provide views over the sea. Windows were recessed under deep overhangs to minimize reflection, while the buttress columns were designed to reflect the rock outcrops.

In a rugged and timeless landscape such as Cape Point, the intention was that the buildings, stone walls and footpaths would in time become softened by the vegetation, and that the hand of the designers would blend with the landscape.

Besides being the southernmost tip of the African continent, Cape Agulhas is claimed to be where the Indian and Atlantic oceans meet. This alone makes it an iconic site. It is a wild, desolate and windswept coastline exposed to the rolling ocean swells which pummel the rocky coastline - a graveyard for numerous shipwrecks over the centuries. The site now forms part of the Cape Agulhas National Park.

Unlike Cape Point, Agulhas does not have a prominent landform, so that in the past visitors found it hard to locate the southern tip. The design challenge therefore was to create a physical and symbolic arrival point that marked and celebrated the southern tip of the continent. And as in the case of Cape Point, the design intention was to create a landmark in a visually exposed coastal environment that did not compete with the dramatic wilderness experience of the landscape.

The result of a design competition, and referred to as 'the Icon', the main elements consisted of a circular focal area defined by low stone walls, a large relief map of Africa, and the four points of the compass to orientate the visitor. The fact that there are no vertical elements, means that it is partly hidden in the landscape, only revealing itself to the visitor at the end of a meandering boardwalk. Any form of site furniture, or even handrails, were avoided in the exposed landscape.

The low walls, intended for sitting, are constructed of local sandstone and are more than a metre in thickness to exaggerate their scale in the expansive landscape. In places, the walls merge with the ground, and rock outcrops protrude through the paving. The hope of the landscape architects is that the stone walls will in time become smothered with coastal vegetation, almost resembling an archaeological site, merged with its surroundings.

Watching how visitors connect with the site – some would build small cairns with beach pebbles, others sat on a rock meditatively gazing in the direction of Antarctica – made one realise the symbolic importance of the place.

Alexander (2005), postulates that building forms need to be interwoven with nature, unselfconscious, ego-free and concept-free, an approach where the architect's hand is not apparent. This does not mean that there is no design intervention, but that the genius loci of the place is paramount. To paraphrase Alexander, architecture (and landscape architecture), can be seen as the continuation and enhancement of the land, and every building as an extension of the town.

In a personal experience, while chatting to some of us during happy hour one Friday evening at the University of Pennsylvania, the renowned American architect, Louis Kahn said: "we should not call ourselves architects or landscape architects, we should all be land architects".

In the three examples of iconic landscapes above, the design emerged from the powerful qualities of the places themselves. In some cases there were no detailed survey maps, so the design evolved from the physical nuances of the site itself, in an unselfconscious way, as alluded to by Alexander above.

Alexander, C. 2002. The Nature of Order, Book 2: The Process of Creating Life. The Center for Environmental Structure, Berkeley, California.

Alexander, C. 2005. The Nature of Order, Book 3: A Vision of a Living World. The Center for Environmental Structure, Berkeley, California. 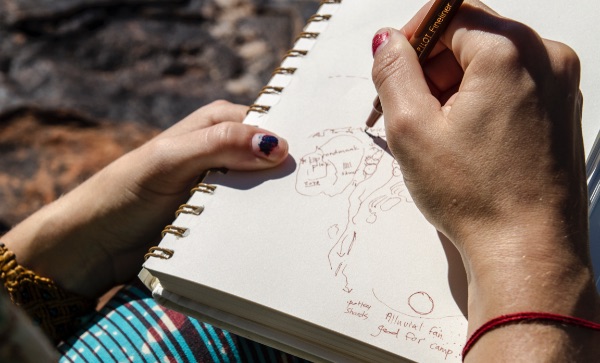 Landscapes of Emancipation: In search of iconic landscapes 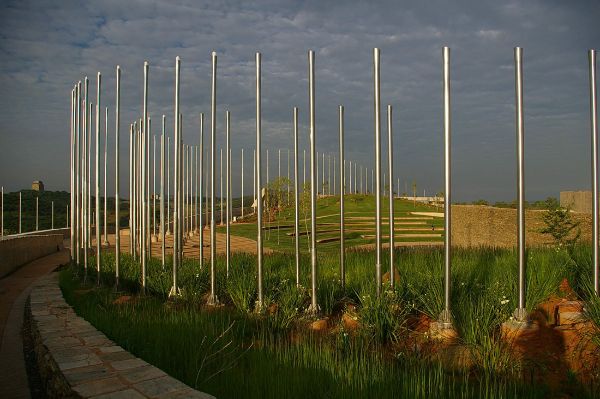 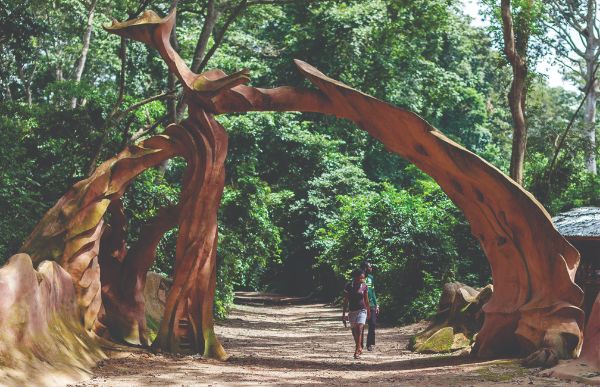 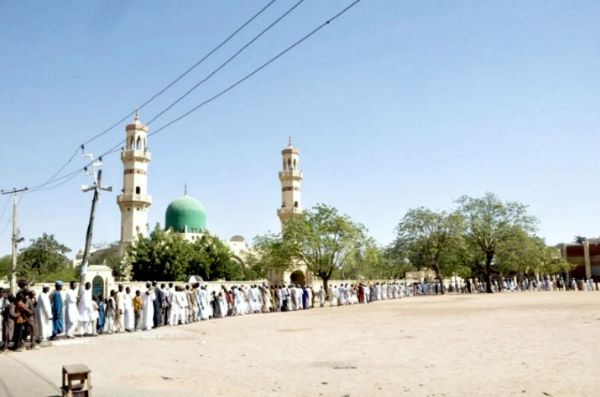 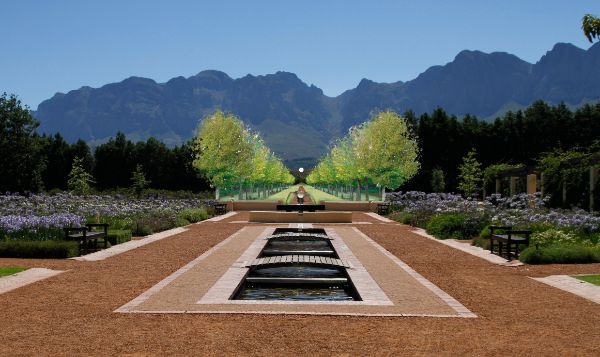 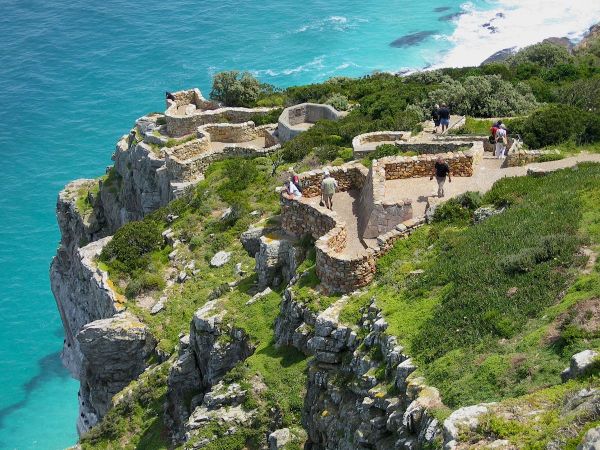 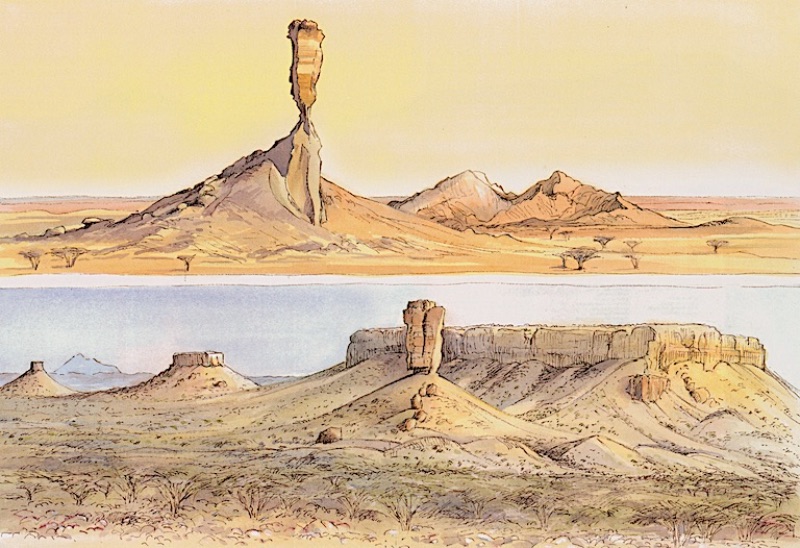